Matthew Stafford is one of my NFL superlative nominations as of right now. He put up a great stat line in his first-ever game as a Ram against a respectable Bears defense going 20/26 for 321 yards and 3 touchdowns with an outstanding 156.1 passer rating. The now elite Rams offense coupled with the already elite defense could very well lead to a super bowl berth and truly solidify Stafford as an elite QB in the league. Only time will tell how Stafford will develop in the future, but it seems the future is bright for the solid QB.

I am going to go with either Julio Jones or Derrick Henry. One of these guys is going to light up the league this year as we’ve never seen before. Either defense fears Henry and Julio can have a field day or they fear Julio and Henry runs rampant. They each had slow starts in week one but I attribute it to getting back into the season and growing pains of playing with each other. 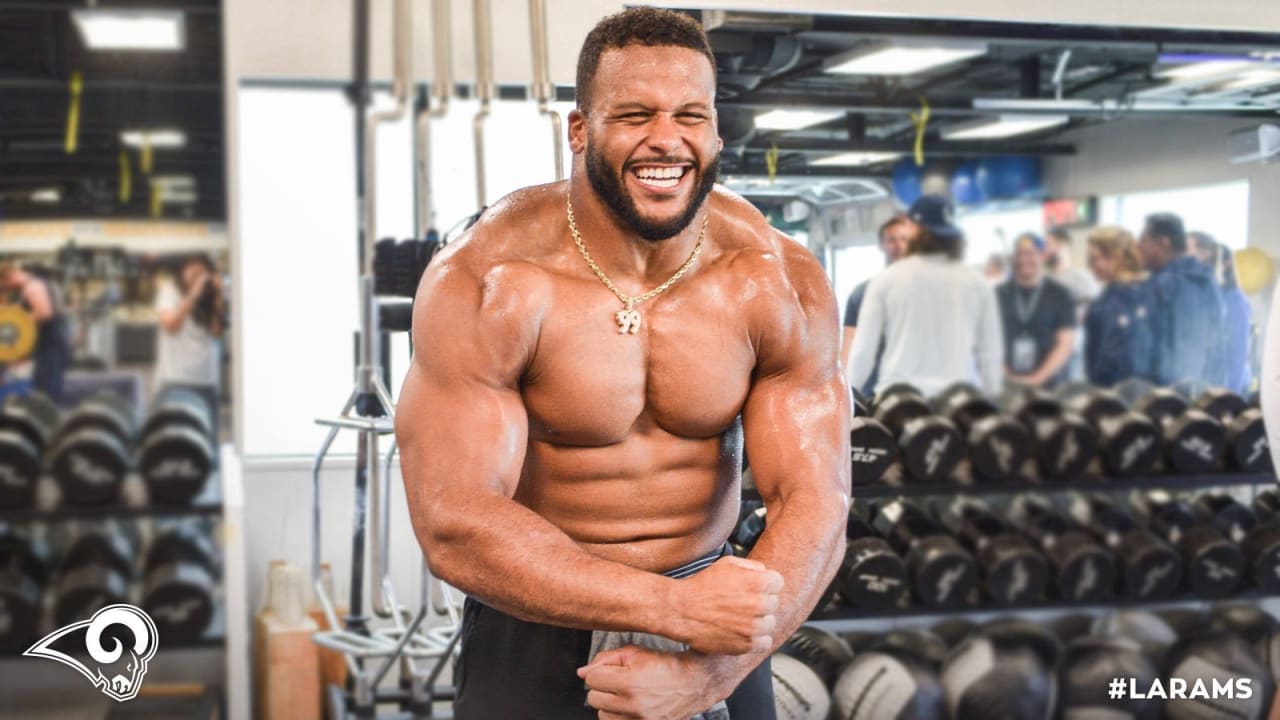 Aaron Donald. He’s a different animal who’s shown no signs of slowing down. His best competition is TJ Watt but I don’t see Donald losing this one. Donald and JJ Watt have accounted for 5 of the past 7 DPOY awards and I think JJ is past his prime. He looked strong with a week one sack but I expect he will step up and give us even more.

Mac Jones came out swinging for this one and I think that will continue all season. In his first NFL start, he showed us just what he’s capable of against a very talented Miami secondary. Throwing 29 completions on 39 attempts for 281 yards and 1 Touchdown is very impressive to see from a rookie.

I like Kyle Pitts here. He has so much potential and with Julio now on the Titans, Matt Ryan will need a new big guy to throw to and Pitts seems to be the full package. Huge potential difference-maker this season.

I’m taking Jaycee Horn for this spot. I think he has the potential to be the turnaround piece for this Panthers secondary. Last year they were towards the bottom of the league in passing defense and this could be the perfect opportunity for Horn to show his value.

Dak Prescott. Dak was on pace to shatter the passing yards record and he looks poised to come back strong as ever from his injury. He didn’t look like he missed a step against the Buccaneers, posting a 400-yard performance. Christian Mccaffrey could also be here but I think at the very least QB bias gives it to Dak if it’s somehow close.

Matt LaFleur. If Green Bay finally gets the elusive Super Bowl win this year it’s going to Matt. He immediately turned the Packers around from the Mccarthy era and has gone 28-8 as Head Coach for the Packers. The only thing he really hasn’t done through 2 years is win a super bowl which is crazy to think about.

Matthew Stafford is bound to make waves for LA Rams. Let’s see what exactly does he bring to the table! […]

It’s way too early to say who’s walking away with the most prestigious award in football (MVP), but it sure is fun to speculate. […]

Is Aaron Donald the best defensive linemen in the NFL ever?

As of the writing of this article, Aaron Donald holds the LA Rams career sack record. It is truly a fantastic feat that this beat has reached. […]