The Lions have played eleven games and have not won a game. They do have a tie against the Pittsburgh Steelers. I’m breaking new ground when I call them the worst team in the NFL (the Texans are almost as bad).

The Lions did trade Mathew Stafford for Gared Goff, and he is not having a great year. Ten touchdowns with six picks, and the backup is far worse. In total the offense is ranked 30th scoring 15.4 points per game.

The defense is a little better, but they still are ranked the 27th ranked and give up 26.3 points per game. At this time, it might sound this is the worst team ever, but these lions were better than these three teams.

To be fair this was the starting year for Tampa Bay, but the 0-24 start of the franchise is terrible. The 76 Buccaneers were the worse team of the two. They ranked 28 on offense (only 28 teams in the league back then) and only averaged 8 points.

The 77 Buccaneers offense was even worse for points per game (7), but the defense improved a lot ranking in the top 15. However, with one of the worst offenses ever, and a bad defense it’s easy to see why I rank this team worse than the Lions.

The Lions were better in pretty much every way. Especially with quarterbacks in 1977, the team’s quarterback had 3 touchdowns and 30 interceptions. That is by far some of the worst passing in NFL history. 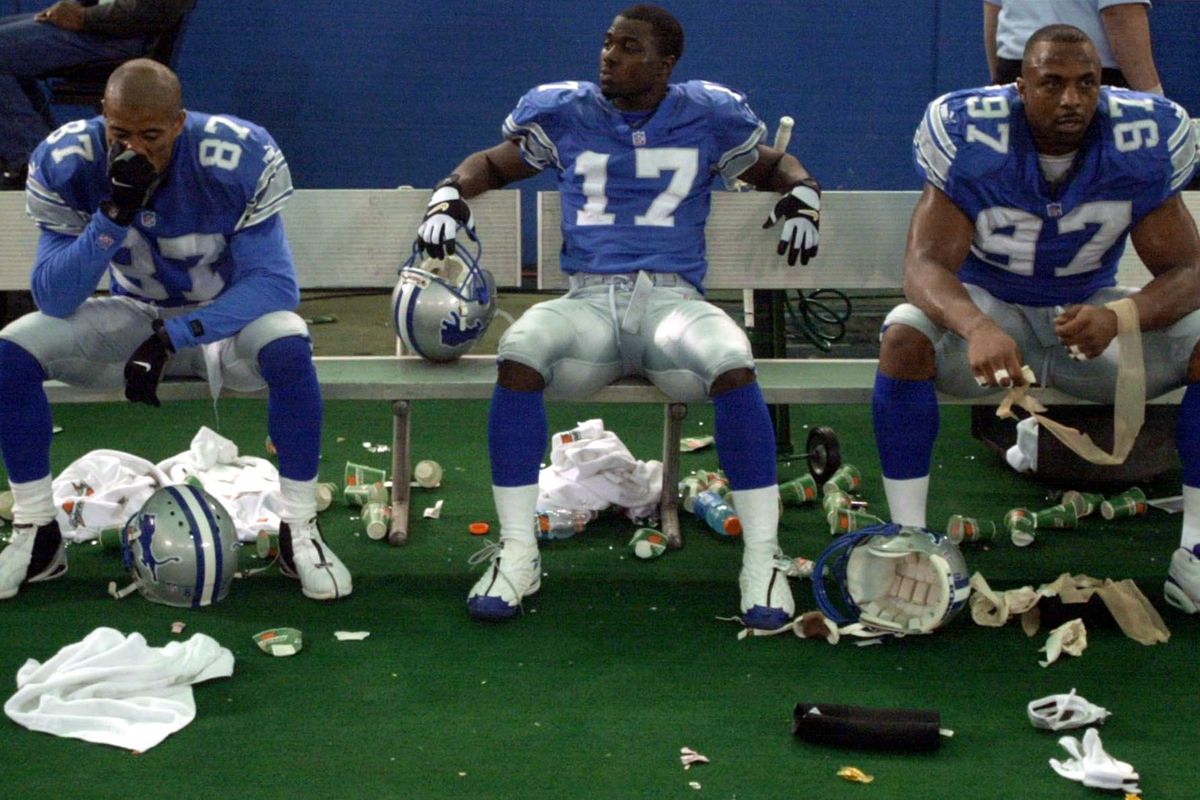 This year’s Lions aren’t even the worst Lions team. The 2008 Lions are historic for being one of the worst teams in every way. This team was one of two teams to go through the dreadful 0-16 record.

Unlike Tampa Bay, the Lions were a team for a long time before this. The first thing that comes to mind is the quarterback running out of his own endzone for safety. The Lions had a bad offense, but it was not historically bad.

The defense was a different story, they ranked last in the league and gave up 32 points per game. You can win a couple of games with a 27 ranked offense, but the Lions had a defense where it was hard to stay in games.

The Lions this year are close, but still are close to being this bad. The 2008 Lions are probably the single worse team ever.

The Browns had a stretch where they almost went 0-32 and were close if the Chargers didn’t miss a last-second field goal. The Browns had one of the most unlucky stretches ever in pro sports. The Lions are dreadful, but the Browns were infamous for being bad.

In the next couple of weeks, the Lions still could win a couple of games. I bet the 2021 Lions will be forgotten not like the three other teams.

What does a Kingdom do without a King?

Derrick Henry could miss the rest of the season with a foot injury. Tom Zwiller explores what that means for the Titans.
[…]

Top Running Backs in the NFL

In recent years the NFL has turned away from a full back and running back centered league to a more pass heavy league. This has caused running backs to be less important on the field more than they ever have. Although this may be true a good running back can push a team from a playoff team to a superbowl contender.
[…]