The story I am about to tell should never happen, but it did on Saturday…

Florida State nearly upset Notre Dame during week one of the college football season. The young Seminoles had a promising start to the season, proving they can play with one of the best teams in America.

They followed their performance up by shitting the bed in week two, dropping a game to FCS Jacksonville State by a score of 20-17. Jacksonville State should never beat Florida State, but the worst part about the loss is that it was due to a 59-yard touchdown pass as time expired.

This cannot happen, but the story I am about to share did not occur until after the game.

FSU player proposing on the field with Jacksonville St still celebrating in the background. You can’t make this stuff up pic.twitter.com/jeC5GZ45gz

After the loss, Jacksonville State celebrated as they should have after beating a Power Five school, but a Florida State offensive lineman did not care. He still got down on one knee and proposed to his girlfriend after the team was bested inside Doak Campbell Stadium.

Let me preface this by saying congrats to the happy couple, but there are multiple issues with this I do not even know where to begin.

This decision by the Florida State offensive lineman could be a reason why the team dropped a game to an FCS school. Poor decision-making runs deep in the Seminoles’ locker room. For example, allowing a Jacksonville State receiver to go 59 yards to the house as time expired was a terrible decision.

The number one rule that I live life by is to be adaptable. You have to be adaptable, or life is going to crush your dreams. I imagine that the Florida State player looked at the schedule and thought this game was a lock. He would not be the only one…

You obviously want to propose to a girl after a victory. Proposing after a loss sets the engagement up for failure, in my opinion.

You are in college. There is so much time to get engaged, and waiting until your next home win will not change the fact that you’re in love. You can’t propose after one of the most embarrassing losses of your college career. 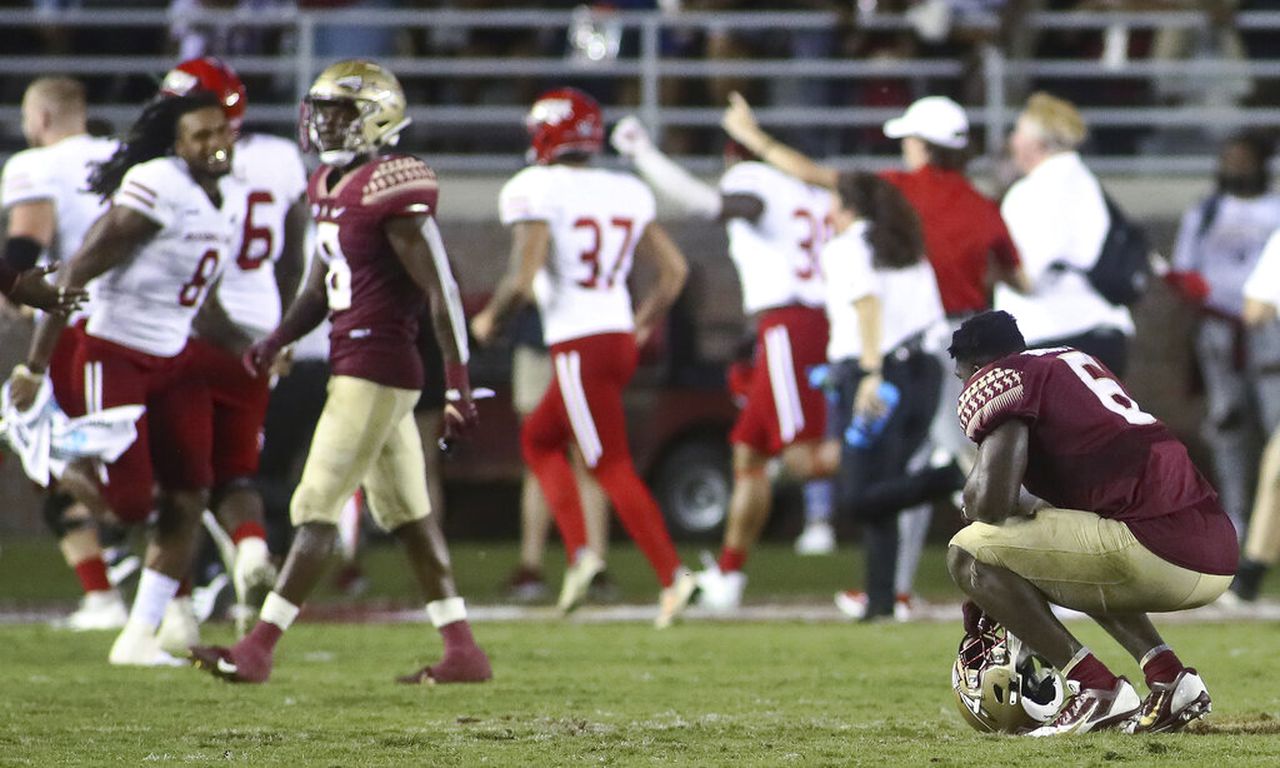 All the photos have Jacksonville State celebrating in the background. If you were committed to a September 11 proposal, do it at dinner after the game with your girl.
Best of Luck

I wish the happy couple luck in their future endeavors, but starting the engagement after a loss to Jacksonville State will undoubtedly test the relationship. I hope it’s true love!

To the Florida State football team: Please be better, so proposals don’t have to happen after losing to Jacksonville State.

Allow me to introduce you to the new King of New York, Mike White. If you do not know the name Mike White, you should not feel bad. Before Sunday, very few people knew about […]

Justin Herbert Finds a Way to Win on Opening Day

When Justin Herbert was selected out of the University of Oregon in 2020, there were many skeptics regarding the quarterback’s ability. Nevertheless, ever since Herbert took the reins in Los Angeles, he has done nothing […]