If you are a bettor, I guarantee your 16 team-parlay has been spoiled because the New York Jets have won a football game. The Jets defeated the Titans by a 27-24 margin against the Tennessee Titans.

Rookie quarterback Zach Wilson led New York to the overtime victory, reversing his bad fortune from his MetLife Stadium debut. This was the first game where Wilson looked like a legitimate first-round selection, and if this development continues, the Jets may have an exceptional talent under center.

Jets fans were seen crying, screaming, and hugging on the television broadcast following the overtime win on Sunday. The win meant a lot to the franchise and city because of the lackluster results that have loomed over MetLife for years.

Wilson struggled early in the game, but he looked like a different quarterback when he came out of the locker room in the second half. Wilson threw two touchdowns in the fourth quarter and led the game-winning overtime drive. 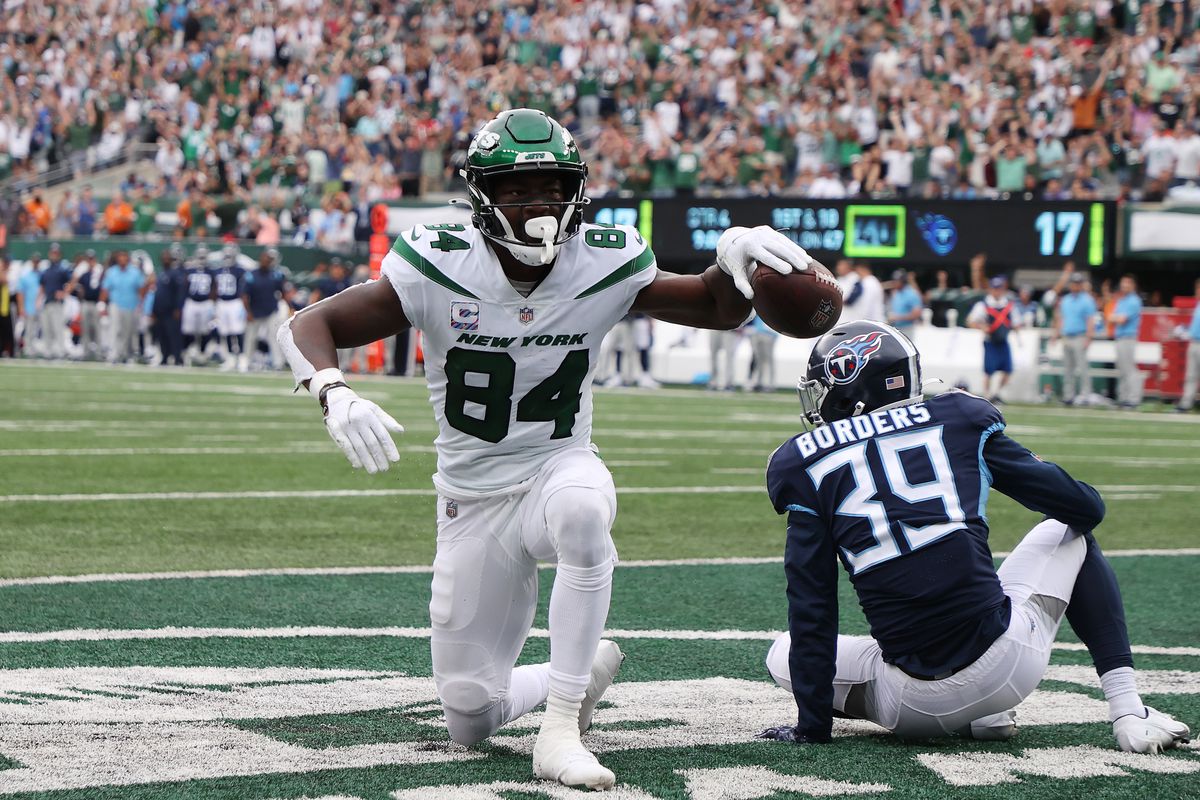 The rookie finished the day 21 of 34 for 297 with two fourth quarter touchdowns and one interception. Corey Davis led the receiving corps with four catches for 111 yards. His explosive catches set the offense up for success in critical moments during the game.

The Jets’ defense did not look great on Sunday, but they found a way to win in crunch time. Ryan Tannehill orchestrated a game-tying touchdown drive with 16 seconds left in regulation, forcing overtime.

Ryan Tannehill had a field day, going 30 of 49 with a touchdown. Additionally, Tennessee was able to run the ball effectively with Derrick Henry, who had 157 yards and a touchdown. The reason the Jets won on defense was their pressure.

Tannehill was sacked seven times, including two each from Quinnen and Quincy Williams. This made them the first brothers to record sacks in the same NFL game since 1982.

In overtime, Matt Amendola put the Jets up by three points, and the defense came up big, forcing a long Tennessee field goal. Randy Bullock went wide left on the 49-yard attempt in the final seconds of overtime, which turned MetLife Stadium into a party.

New York’s players were elated because they had done something nobody expected. It may only be a week four win, but it was significant for a franchise that had not scored in eight straight quarters heading into Sunday.

New York will travel to London this week to play the Falcons. Kickoff is scheduled for 9:30 AM ET on Sunday.

It was worth losing that money to witness what I did on Sunday night when McKenzie Milton took the field. […]

The narrative headlining the opener in Charlotte between the Panthers and Jets was Sam Darnold competing against his former team. Darnold was acquired in the offseason by Carolina, which set him up for success for […]