When Justin Herbert was selected out of the University of Oregon in 2020, there were many skeptics regarding the quarterback’s ability. Nevertheless, ever since Herbert took the reins in Los Angeles, he has done nothing but excel as the Chargers’ starting quarterback.

Herbert won AFC Rookie of the Year last season, and he carried this momentum into the season opener in the nation’s capital. The Chargers marched into FedExField and defeated the Washington Football Team by a score of 20-16.

Justin Herbert was solid on Sunday, throwing for 337 yards and a touchdown in his 2021 debut. He did turn the ball over twice but led scoring drives of 75, 76, and 68 yards.

His one touchdown pass was the go-ahead strike to Mike Williams in the fourth quarter to claim the win on Sunday. Herbert fumbled in the end zone and threw an interception in the red zone on consecutive series but stayed locked in and delivered when it counted. 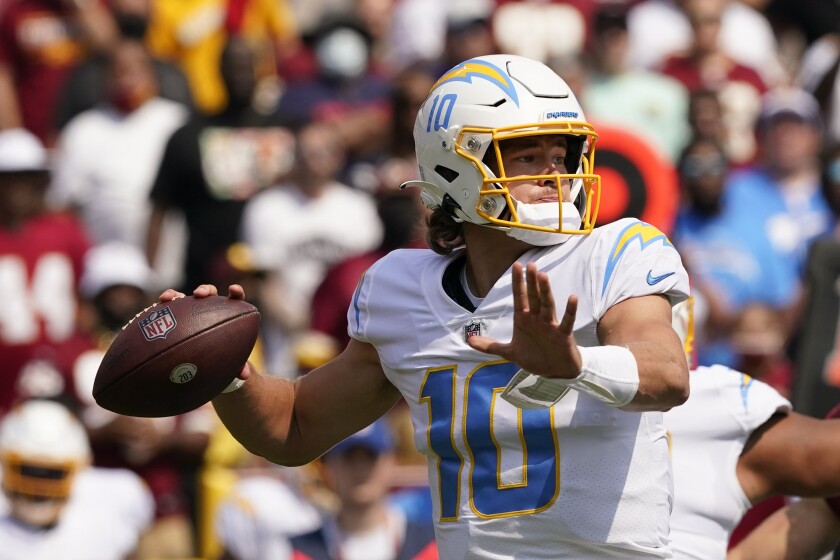 Los Angeles was 14 of 19 on third down, and this was why the team won the game. The game stayed under, but the Chargers were able to wear out Washington’s ruthless front seven throughout the afternoon.

This efficiency kept Chase Young quiet, who only recorded one solo tackle and no sacks. Los Angeles’ other touchdown was a three-yard run from Austin Ekeler, who was questionable heading into the game.

Ekeler ended the day with 57 yards on 15 carries. If he can stay healthy in 2021, which is questionable, he will play a massive role in the Chargers’ attack.

Even though Los Angeles won the game, they did not play up to their potential. The same narrative stood for Washington, who did not have much luck on Sunday.

The teams combined for 14 penalties, totaling 151 yards and three turnovers. The effects of the sloppy play were more devastating for Washington, and it was compounded by a Ryan Fitzpatrick injury. 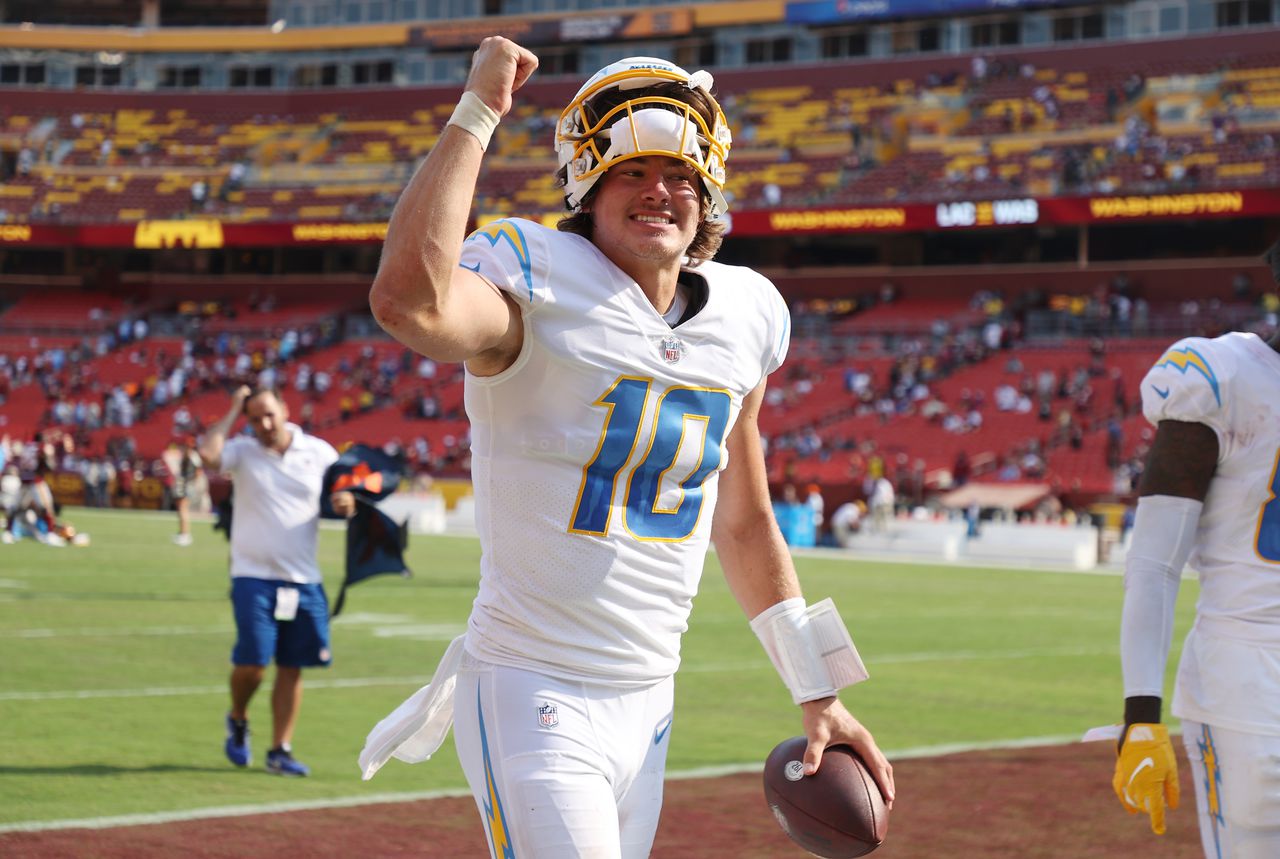 The quarterback left the game with a hip injury in the fourth quarter when Washington needed to win the game. Taylor Heinicke came in and possibly solidified his starting spot moving forward, going 11 of 15 for 122 yards and a touchdown.

Yet, Herbert still stole the show with his 31 of 47 day, joining Patrick Mahomes as the only player in NFL history to throw for 4,500 yards in 16 career starts.

The Chargers will host the Cowboys next Sunday, and Washington will compete against the Giants on Thursday.

The Top Ten Guys In The NFL To Watch

In the NFL, there are stars, and then there are superstars. I’ll go ahead and give my thoughts on who I think are the top ten guys in the NFL to watch. […]