The Washington Football Team seemed ready and able to win the NFC East this season, but then one of the worst things that could have happened.

In their opening-season loss against the Los Angeles Chargers, starting quarterback Ryan Fitzpatrick suffered a hip injury that knocked him out of the game with nine minutes left in the second quarter, leaving the only option for WFT to be Taylor Heinicke.

Expected to be out for six to eight weeks, Fitzpatrick has now been officially placed on Washington’s injured reserve list, as an MRI revealed that he sustained a right hip subluxation.

Fitzpatrick’s injury is certainly a devastating one for the Washington Football Team, but it gives Taylor Heinicke the tremendously huge opportunity to showcase his skills as Washington’s current starting quarterback.

Heinicke took over after Fitzpatrick was forced to exit the game on Sunday, and he performed decently well, completing 11 of 15 passes for 122 passing yards and a touchdown.

Having Heinicke start for Week 2 is certainly a big adjustment for Washington to make, especially since they have a short break this week; they host the New York Giants on Thursday night.

Kyle Allen is set as Washington’s second-string quarterback, and they signed Kyle Shurmur, former quarterback for the Kansas City Chiefs and Cincinnati Bengals, to their practice squad on Monday morning.

Taylor Heinicke has not exactly been on anyone’s radar at all, that is, until he commanded the attention of nearly every football fan late last season. Washington started off the 2020 playoffs with a matchup against the Tampa Bay Buccaneers and Tom Brady, the greatest quarterback of all time, in their first playoff appearance since 2016.

Amidst the injury of Washington’s veteran starting quarterback, Alex Smith, Heinicke was forced to start against the Bucs, and the insane thing is, he almost led the team to victory.

Even though Washington lost the game 31-23, Heinicke put up a more-than-impressive performance, playing better against Brady in both teams’ first playoff games than veterans like Drew Brees, Aaron Rodgers, and Patrick Mahomes did later that postseason.

In fact, I’ll argue that Heinicke was one of the best quarterbacks that Brady and the Bucs faced throughout the whole 2020-2021 NFL season. Heinicke and the Washington offense and defense came together to put up a stellar performance against the team that would go on to win the Super Bowl. 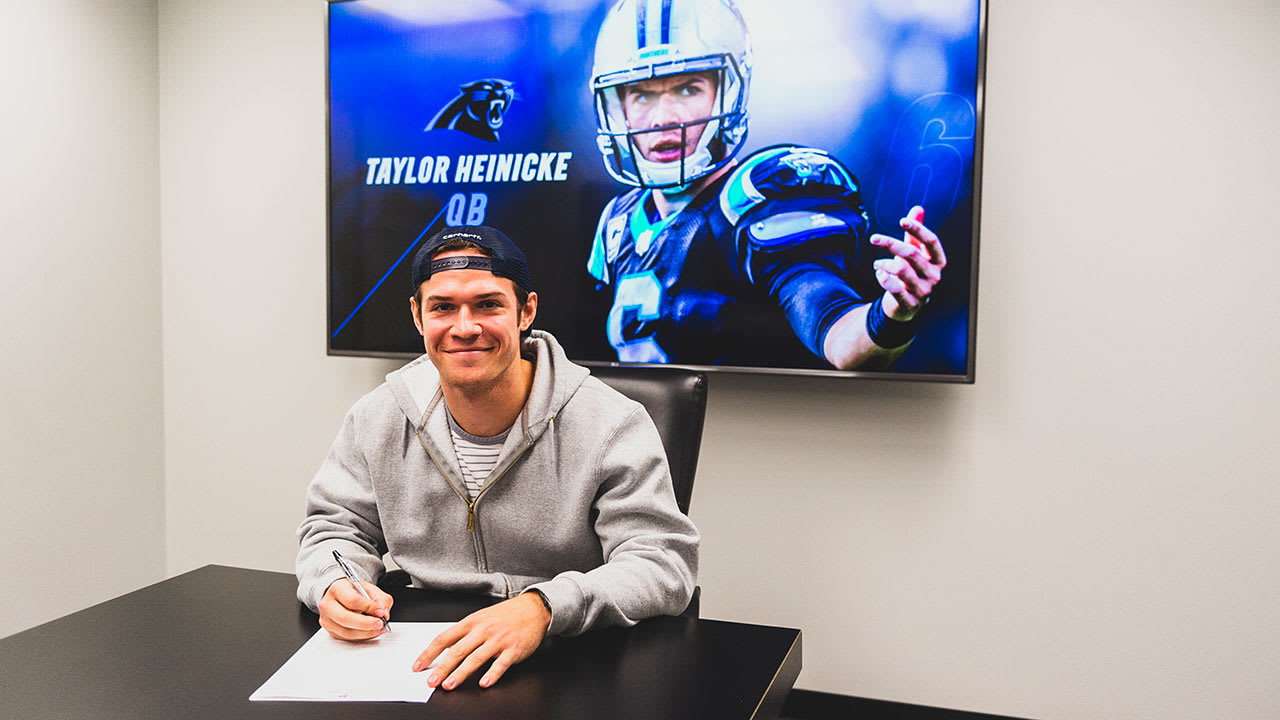 Heinicke’s breakout, thrilling performance quickly gained traction and attention on social media, with Washington fans and football experts alike gushing over his performance and breaking down every moment and every drive he led. This singular game gave fans all over the D.C. and Virginia area something we hadn’t felt in a long time…hope.

I have been watching Washington play football (terribly) for my entire life. I’ve never felt so hopeful or excited for the future as I did when I was watching Taylor Heinicke, Chase Young, and the rest of the young Washington team put up a terrific fight against Tom Brady.

This makes me say with the passion that I think Taylor Heinicke is the quarterback this team needs right now. Due to the horrible injury of Fitzpatrick, he now has the opportunity to prove that once and for all. I’ll say this once. Taylor Heinicke is the man for the job. I’m so excited to see what the future holds for him.

The NFL draft is now less than a month away and everyone is trying to figure out who their team is going to pick. While I can’t tell you that your favorite teams GM messaged me to give me his pick, I can tell you that I am confident in my predictions for the 2022 NFL drafts quarterbacks. Read to find out which QB is going to be drafted first, and where each one will go to play next year. […]

Can Brady Pull off another Superbowl Win before Retiring

Tom Brady simply does not age. This man at age 43 made the bold move of Leaving a Good New England Patriots team to Join the Tampa Bay Buccaneers. […]