The start to the season has been ugly for the Minnesota Vikings, snagging a single victory in four games. Fans believed they were beginning to gain steam after a win over the Seahawks. However, they followed their win over Seattle with a loss to the Cleveland Browns. Sure, they were within a touchdown, but a loss is a loss.

Perhaps the thing bothering fans the most is the lack of urgency. The Vikings don’t seem like these losses are affecting them much, especially from the coach’s standpoint. You may be asking yourself “why do they seem so unbothered?”. It’s a great question and I’ll do my best to answer it.

Coach Mike Zimmer knows that the problem is unfixable

I know what you’re thinking, that there’s no way a coach would admit their problems are “unfixable”. However, take a second to think about the Minnesota Vikings in 2017. They went to the NFC Championship game and since then…crickets. They’ve invested nearly nothing into the offensive line, which makes them one of the most one-dimensional teams in the NFL.

While everyone tries to mimic the Kansas City Chiefs and Buffalo Bills, the Vikings are stuck in the early 2000s. “Run the ball” is the motto, but the Vikings have no way to adjust when the running isn’t an option. Teams aren’t afraid of deep bombs from Minnesota because Cousins doesn’t have enough time to complete them. 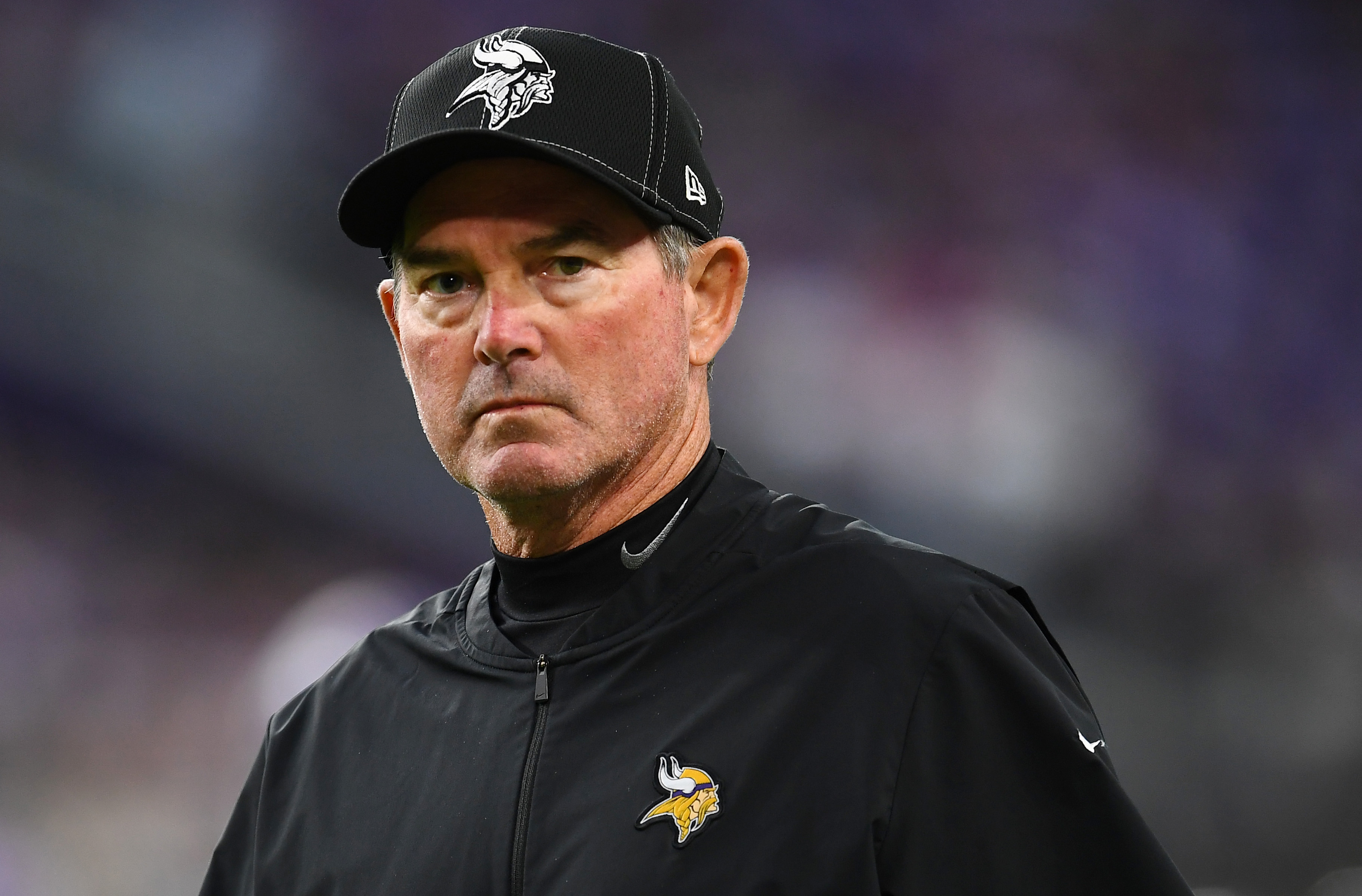 After being beat in the secondary for the first three games of the year, the Vikings got throttled on the ground in Week 4. After the game, Mike Zimmer stated that he wasn’t concerned with how they performed against the Browns rushing attack. This was a comment that took fans by surprise as the defense gave up 184 yards rushing.

Why would he say that he wasn’t concerned? Because they only allowed a single touchdown perhaps? To counter that, I’ll note that Cleveland controlled the ball for over ten minutes longer than Minnesota. Why were they able to do that? Because they rushed the ball for an average of 5 yards per carrying. It’s safe to say, he doesn’t want to attribute the loss to his defense.

The organization is heading towards a massive shift

This is another potential reason for the stoic attitude. More often than not, when organizations are planning on a switch, little is said. They haven’t come out with any comments on the team’s performance recently, which is quite telling. They also don’t want to admit the problem started with a decision in 2017.

To be fair, I believe that fans should hope for a change, starting with coaching. Follow that up with demanding that more money be spent on a sufficient offensive line. Minnesota paid a lot of money to bring certain players to the team, it’s time they were evaluated. Trades should also be on the table if they want this team to succeed.

So much can change on the last Sunday of the season (NFL Week 18). Let’s take a quick look at both conferences and the scenarios that will help settle the remaining playoff spots before Wild Card Weekend. […]

Only One Team to Go Undefeated and Win the Super Bowl

The only team to ever go undefeated and win a Superbowl Championship were the ‘72 Dolphins. With only five teams remaining undefeated, do any of them have a chance to repeat the feat?
[…]

New York Jets quarterback and the NFL Draft’s 3rd overall pick Zach Wilson is currently listed with the fourth-best odds for Offensive Rookie of the Year. […]