The NFL draft is now just three weeks away, and as a football fan I’m both excited and nervous. This is the time of year when football games are won and lost, but off of the field. GM’s and Owners have to make critical and difficult decisions by investing in young talent through draft picks.

There’s a lot of talent in this year’s draft with a few quarterbacks possibly going inside the first round. I’m going to take a look at each of the teams drafting in the first round and give you my predicted mock draft. Stay with Football Takes for the best NFL news. 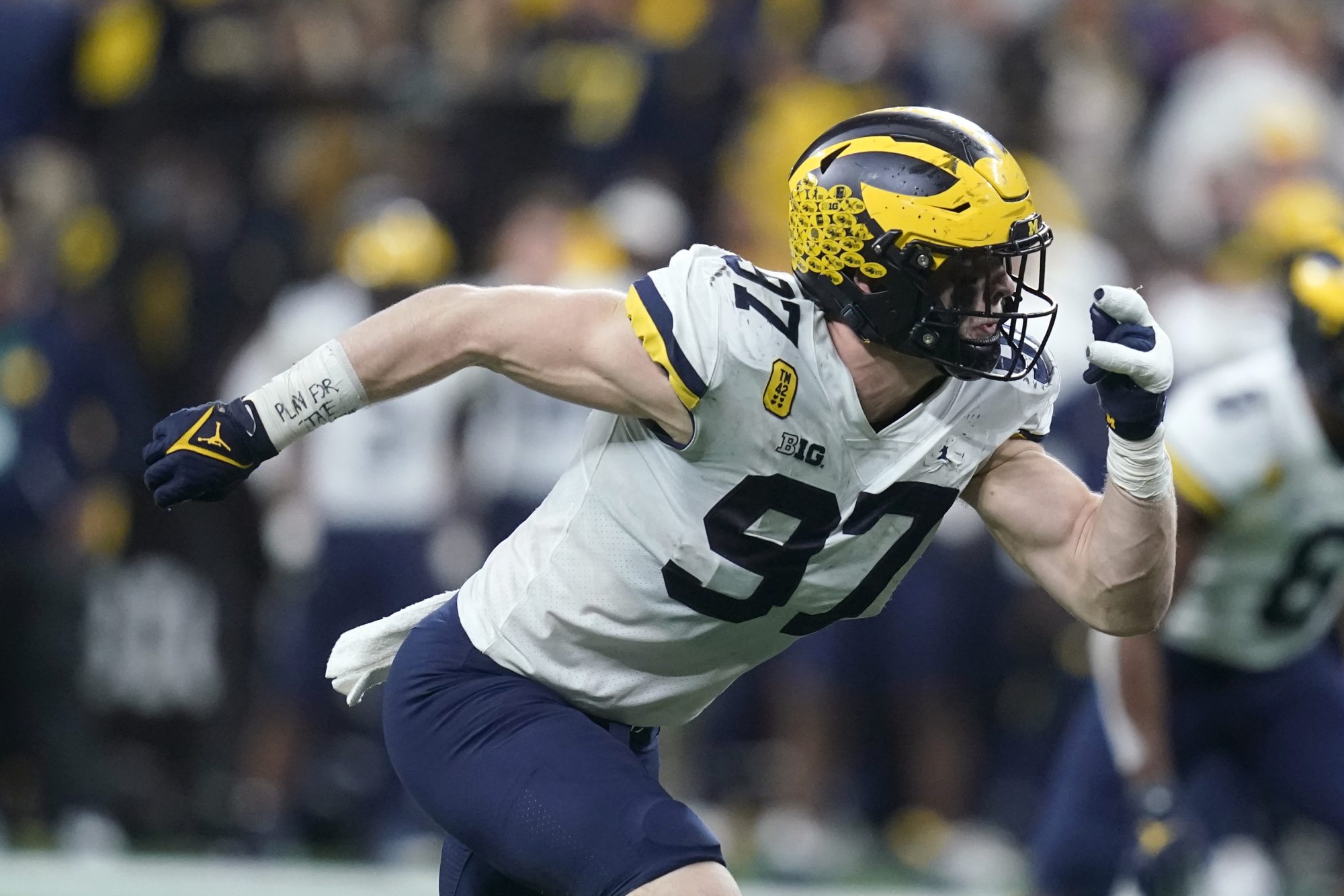 Hutchinson is considered by many to be the best available player in the draft. The Jaguars were one of the five worst teams in the league last year in sacks so adding an athletic DE in Hutchinson just makes sense.

Due to the Jaguars signing Brandon Scherff in the offseason and franchise tagging LT Cam Robinson, I expect Jacksonville to draft a pass rusher like Hutchinson. There’s a chance they look at DE Trayvon Walker, but I expect him to fall to #2. 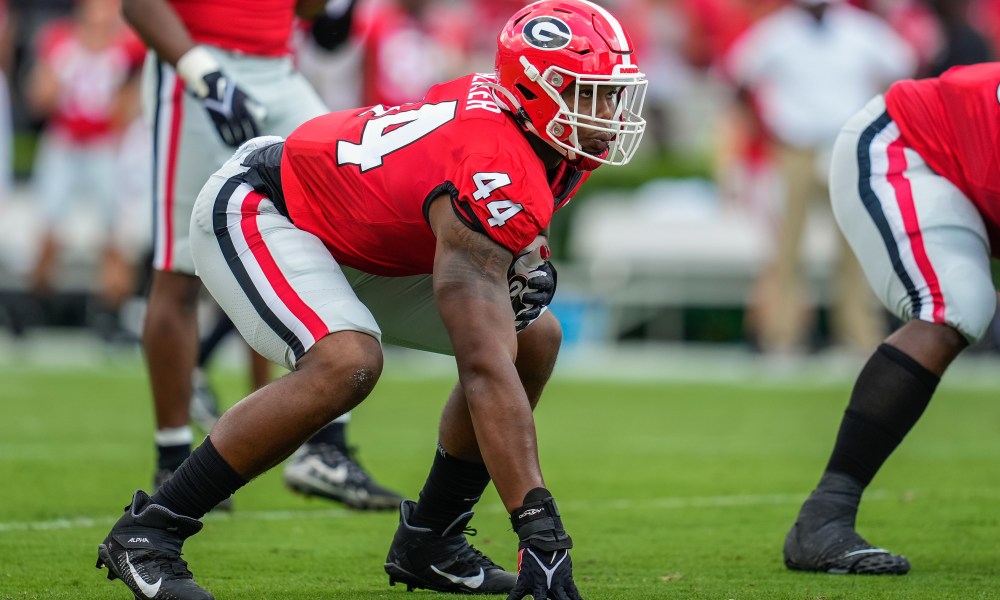 Just like the Jaguars, the Lions suffered from being a bottom five team in sacks and pressures on opponent dropbacks (about 26%). The Lions will look to revamp their defense since they have Jared Goff on lock at Qb.

The Lions could draft a quarterback if they really fall in love with one, but reports say they’re too invested in the Jared Goff trade to give up on him so quickly. The Lions had the second worst pass rush in the NFL last year, so I expect Walker to go second to the lions to bolster their pass rush. 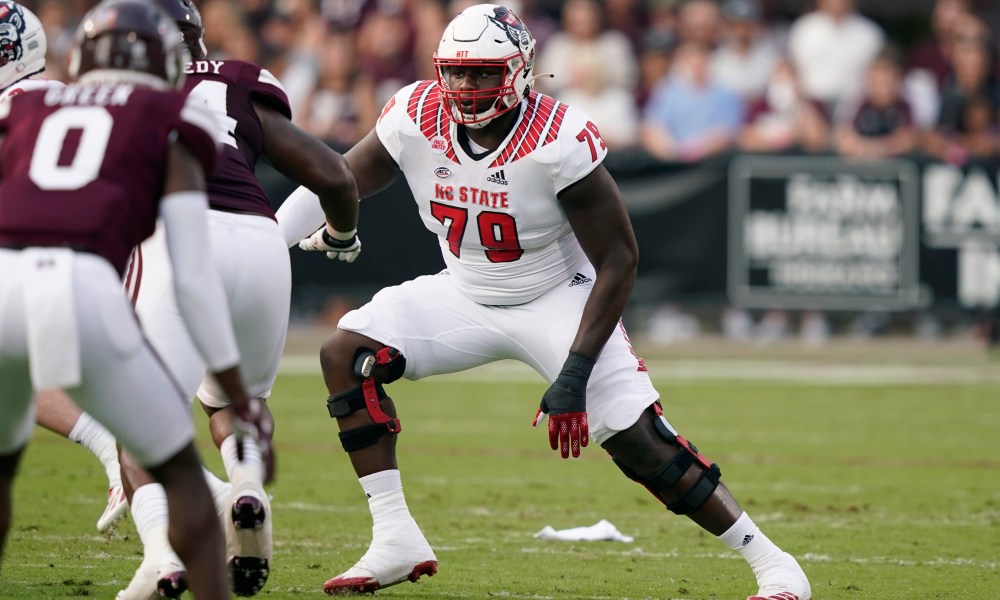 Houston has holes all over it’s lineup, but the three most notable ones are at DE, QB, and OT. I expect Houston will wait until the second round to draft a quarterback like Desmond Ridder, so I see them drafting a pass protector at third overall. Ikwonu is considered hands down the best pass protector in this year’s draft.

The Jets absolutely need to find a number one receiver for their Zach Wilson’s sophomore year. The Jets have a lot of work to do but have built an okay and need to produce on offense.

Garrett Wilson is a great receiver who can make big plays downfield, even when contested. This is a spot where another OL could be drafted, but NY needs a receiver to connect with Zach Wilson, and who better than another Wilson?

It’s possible that this pick and the Texans pick are switched due to both teams needing offensive and defensive lineman. It really comes down to who Houston takes, and I expect the Giants to grab up the other.

Thibodeaux is one of the best pass rushers in college football and would be a substantial addition to the Giants pass rush. 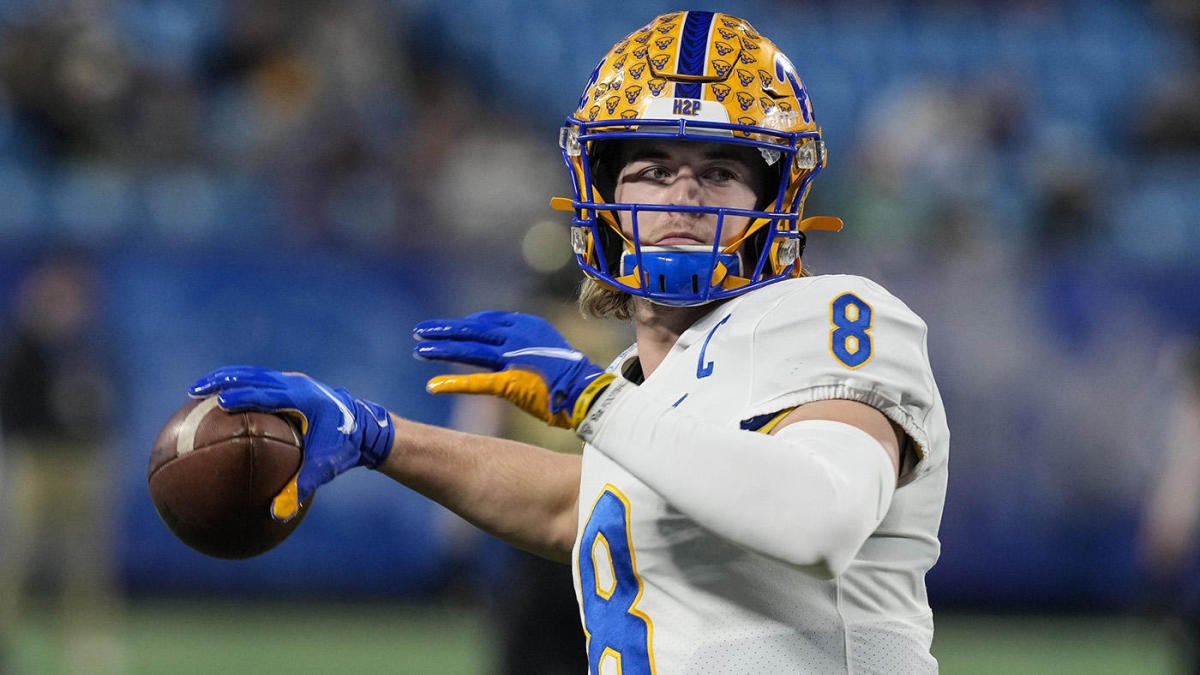 Kenny Pickett seems to be league ready, and Carolina coach Matt Rhule recruited Pickett when he was at Temple. Now it appears they may be reuniting as the Panthers seem fond of Pickett at number six. 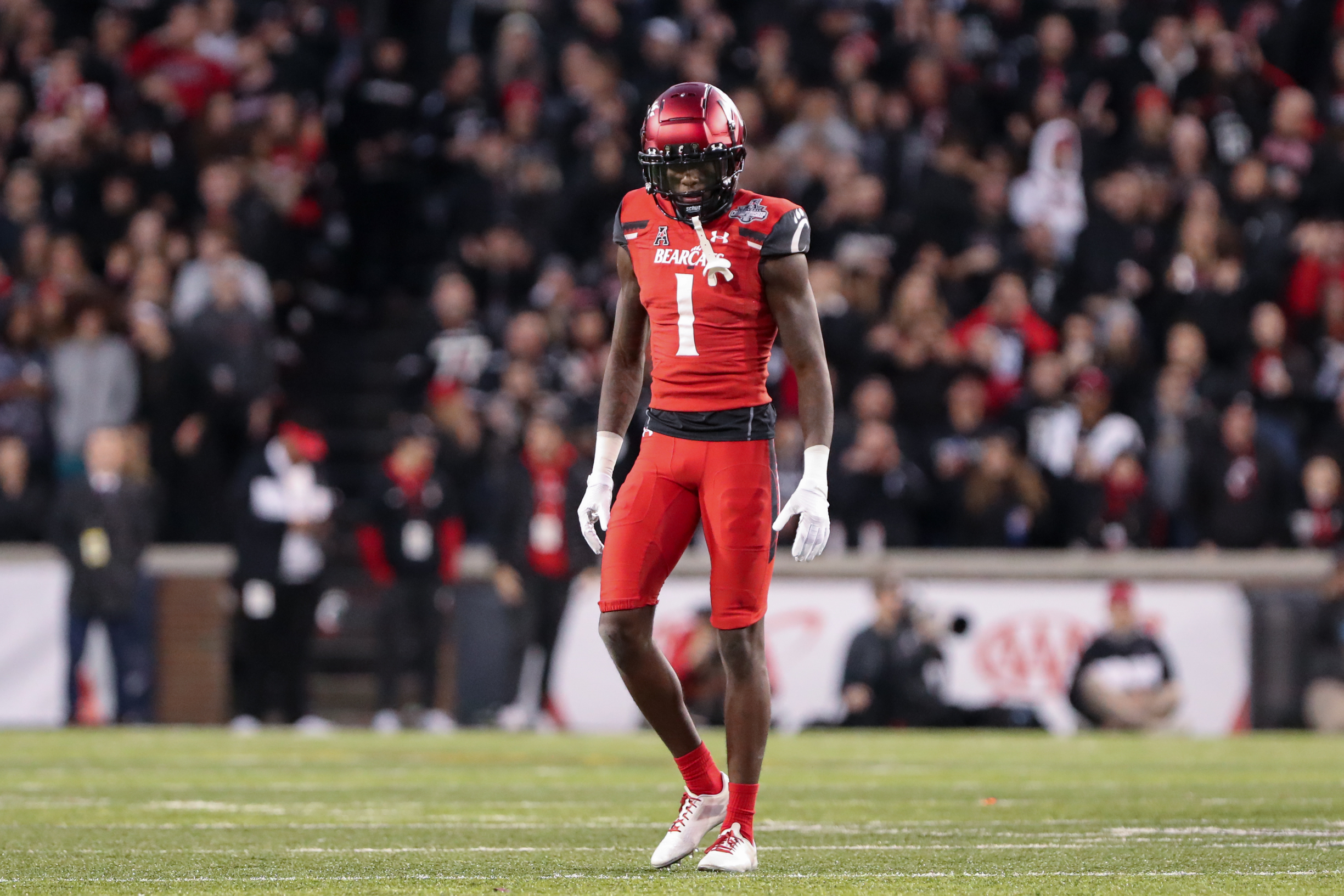 Gardner is hailed by many to be the best defensive back in this draft, and is Mel Kiper’s fifth overall prospect in this year’s draft. The Giants need help at the safety and cornerback positions, but I doubt New York would pass up on such a skilled athlete in Gardner. 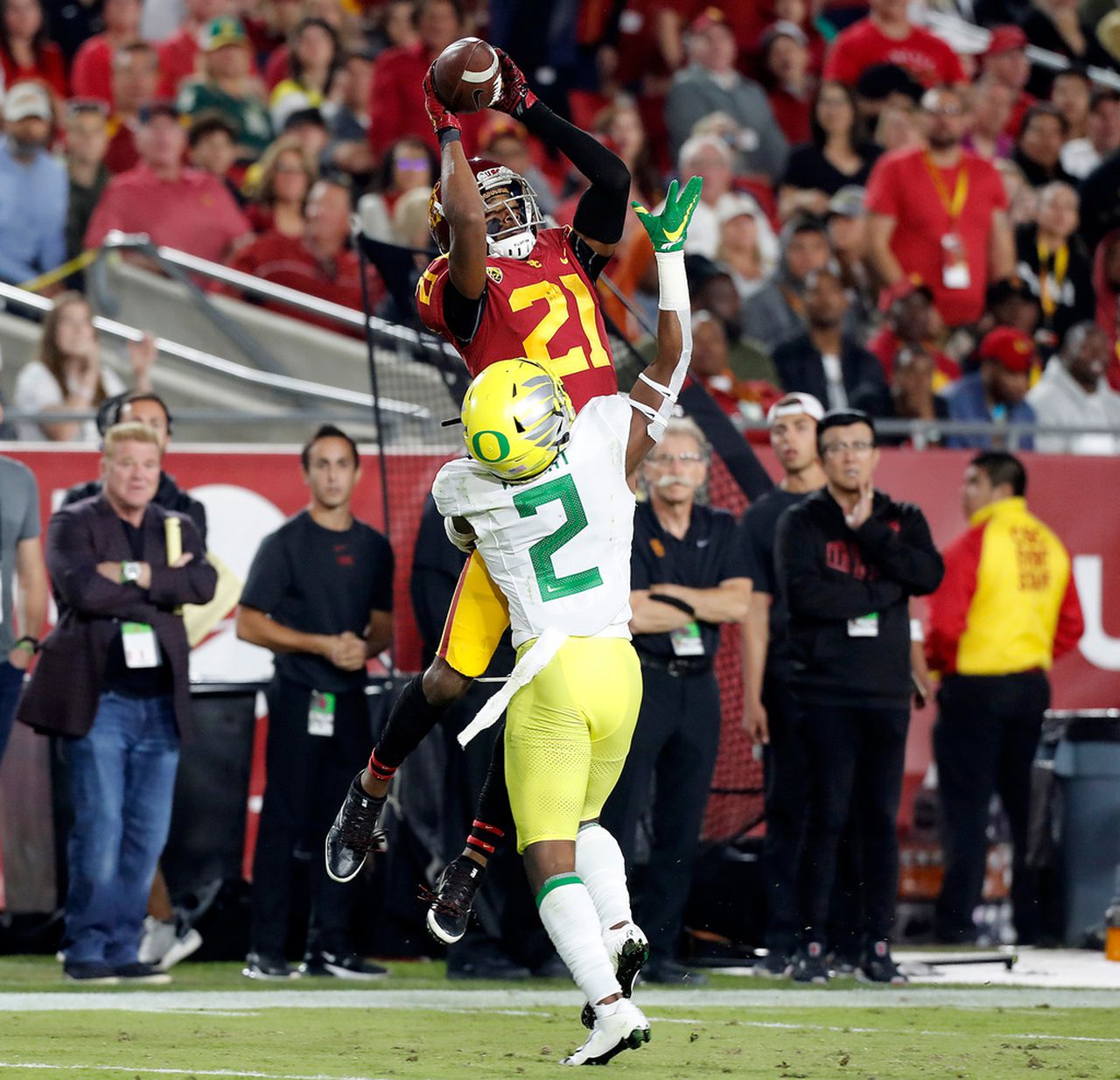 The Falcons have many spots to fill, but obviously only one can be filled with this pick. After drafting TE Kyle Pitts at fourth overall last year, I think Atlanta will go for another pass catcher in Drake London.

London is a former basketball player that can get up and make contested catches downfield. He has had injury problems recently, suffering from a right ankle fracture, but should be ready to go for training camp. 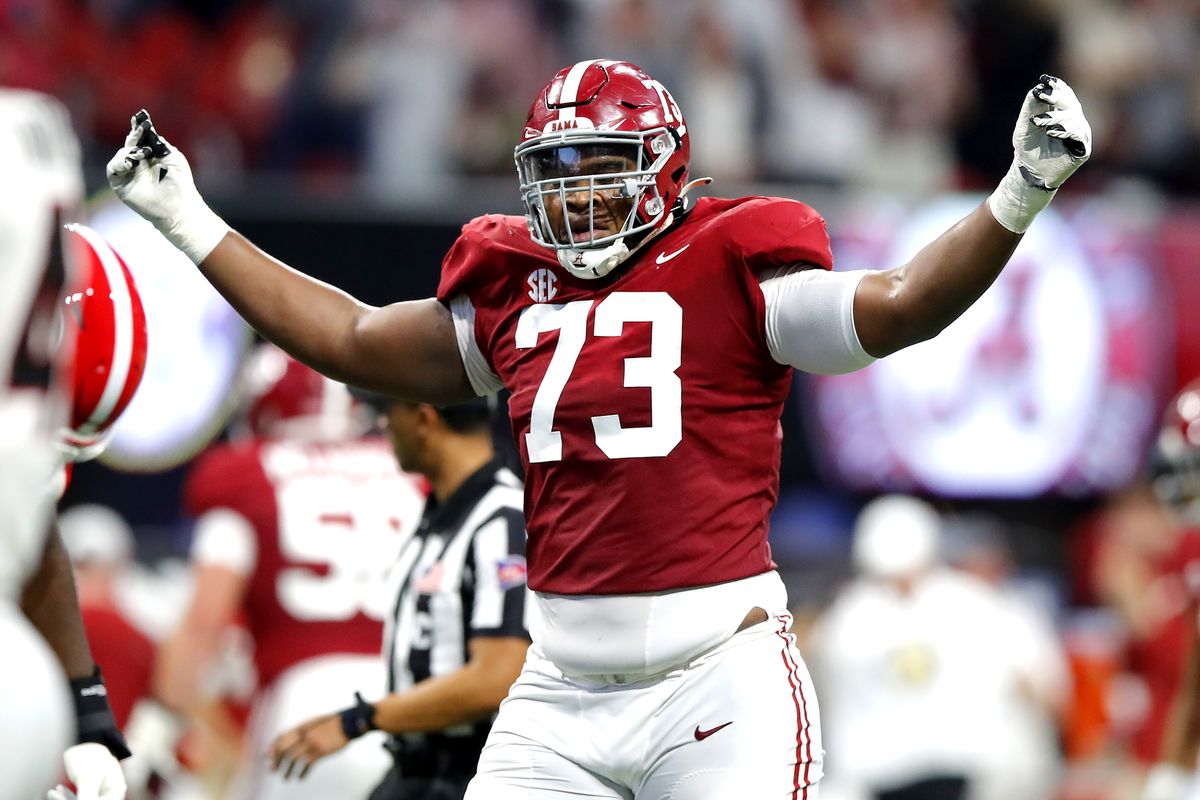 The Seahawks (surprisingly) seem perfectly okay with allowing Drew Lock to be their starting quarterback, at least for this season. That means they’ll be looking to protect him and their future pass slinger by drafting an offensive tackle. Evan Neal is massive and quick for his size, and would be a great addition to any offensive line.

Seattle could have a look at Notre Dame safety Kyle Hamilton, but I feel Neal is a better fit for the team. Seattle, despite having a really bad season, still has one of the best safeties in the league in Quandre Diggs. 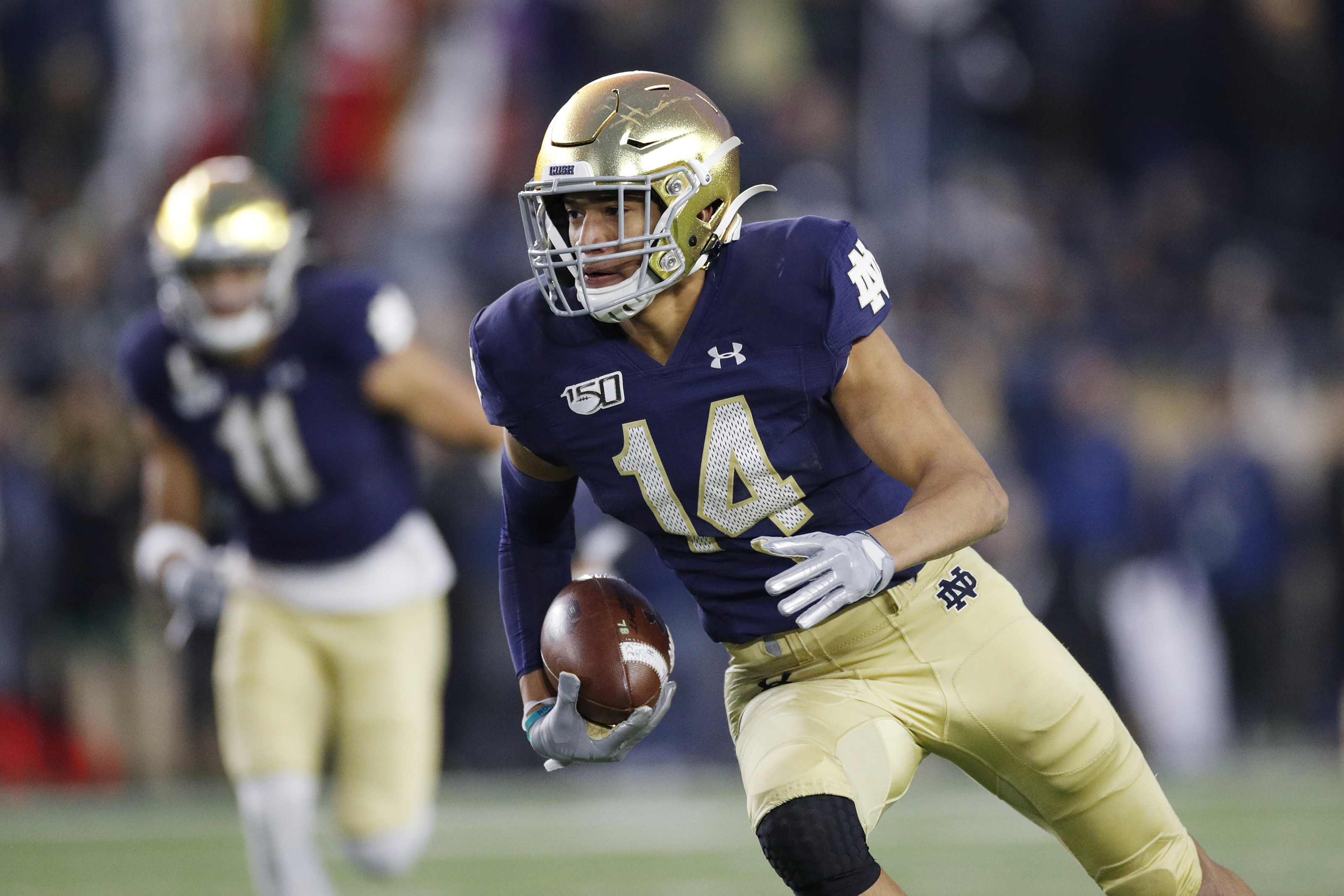 The Jets allowed more than 115 pass plays of 15+ yards last year. I have them selecting a receiver with their first pick, so I expect them to come back the other way with their #10 pick. Hamilton is athletic, long, and sees the field extremely well. He’ll be a great addition to a defense that really needs help.

The Commanders have a chance here to change history; as the Redskins and Football Team, Washington was never really capable of making good draft picks. Now, with a new name, they have an opportunity to right the ship.

Washington has quite a few holes, but believe it or not their offensive line was top 10 in the league last year. That’s why I expect them to invest in a WR #2. Olave is a great choice due to his route running ability and the fact that he played with Terry Mclaurin at Ohio State. 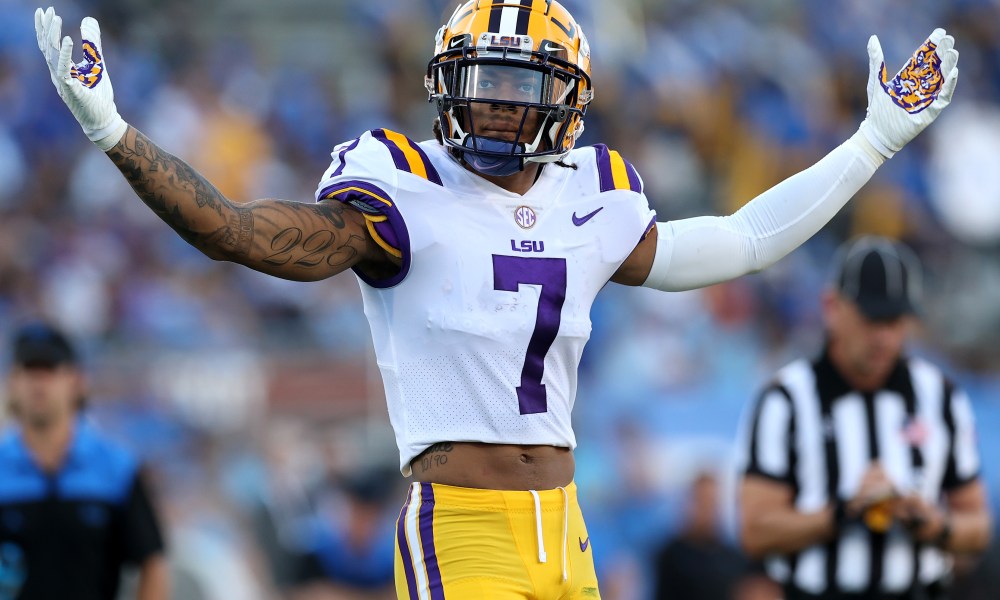 Stingley Jr. is one of the most athletic and confident defensive backs in this years draft and would fill a major hole for the Vikings if he goes to Minnesota. He had an extremely impressive pro day workout and really impressed plenty of scouts.

In this mock draft HOuston has already selected an offensive lineman with their first pick, So they’ll take a pass rusher here. Johnson II has great value at 13 and the Texans could use the help without a doubt. 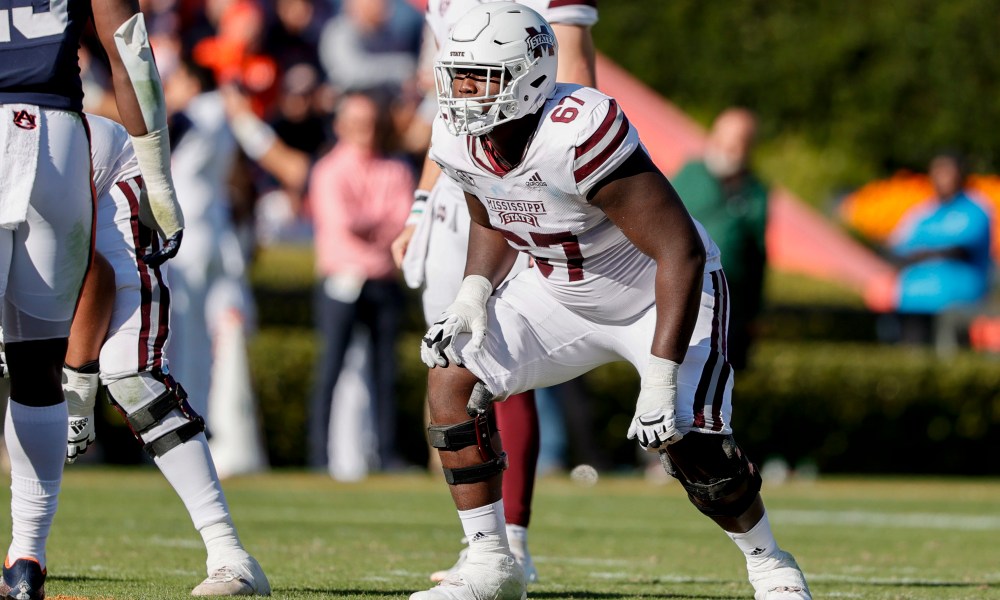 The Ravens need help on their offensive front, and despite needing a center replacement for Bradley Bozeman, I expect the Ravens to focus on the best overall offensive lineman available. Cross is a monster and had the most successful blocking rate of any OT in college football last year, which is something the Ravens could use to protect Lamar Jackson. 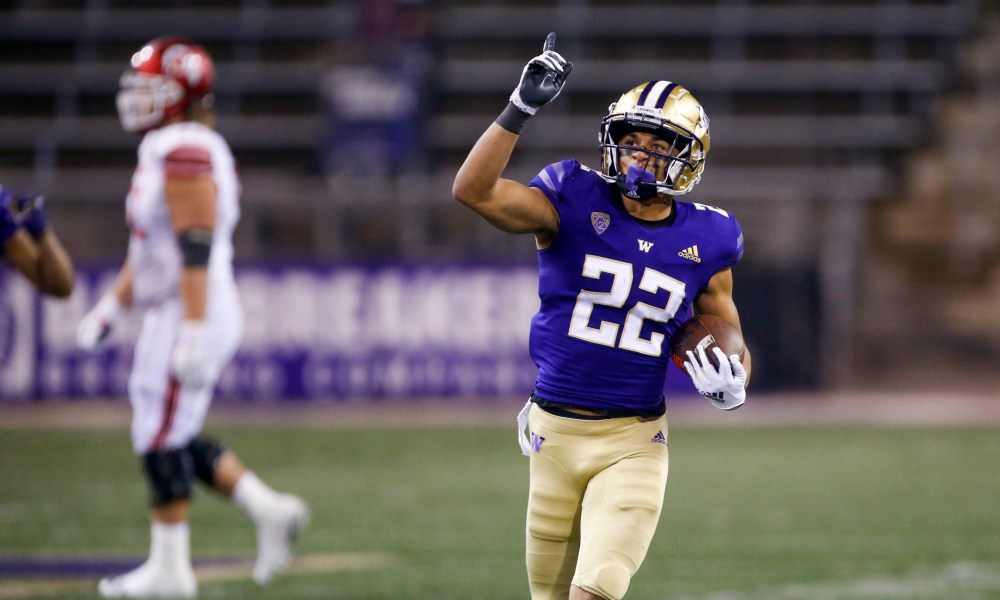 Mcduffe is arguably the most physical cornerback in this draft. He’s a hard hitter, a solid route runner, and he has the speed to limit big plays downfield. Any team would be grateful to have a skilled cornerback of this caliber.

Due to the fact that New orleans just traded up past Pittsburgh means to me that they are trying to snag Malik Willis. Granted, the draft order can change due to more trades, but at this moment I’m expecting New Orleans to draft Willis.

If they choose not to take Willis, and instead try to focus on the offensive line, I expect them to grab Trevor Penning, the last highly skilled OT in this draft. He’s a tremendous run blocker which will help Alvin Kamara.

We all had a player that we thought would be great but turned out to be an NFL bust. Today we will only cover quarterbacks. […]